The Moto Guzzi Club of Victoria held its 37th annual Spaghetti Rally in October at Edi Cutting in the King Valley.  The cutting was formed when trains used to run from Whitfield to Wangaratta, carrying freight such as timber and farm produce.  The line closed in 1953.  The rally site is on the river flats below the old train line where it cuts through a spur.

My Cali EV loaded to go. The white tube is a map of Australia which I displayed at the rally. 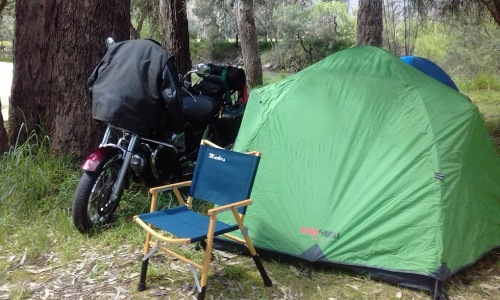 Home for the next 3 nights.

We had a big crowd this year – about 250 – in perfect weather conditions.  There’s a bit of setting up to do, so I arrived on Thursday get everything sorted.

Toilets and a cool-room are hired for the weekend. 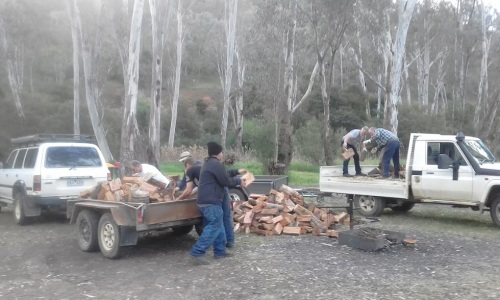 Firewood is supplied by the club for camp fires.

Cost for the rally is $30 which ensures a rally badge and a spaghetti feed on Saturday night.  The local scouts cook bacon and egg rolls on Saturday and Sunday mornings, so rally goers don’t have to bring much if they don’t want to.

Friday continues to grow in popularity.  We put on a spit-roast Friday night for $10 and there was enough to go around.  We sold out of beer, so had to do another run into Wangaratta on Saturday morning for supplies. 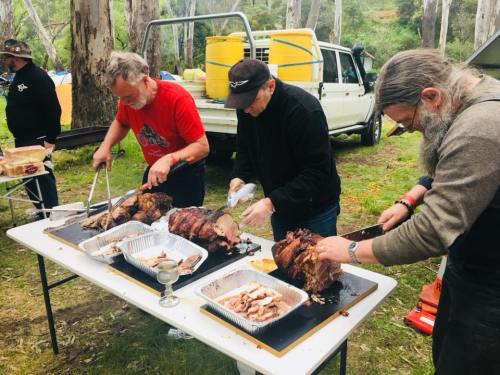 A lot of people shot through on Saturday to ride the local roads or visit wineries.  More bikes rolled up throughout the day, doubling numbers by nightfall. 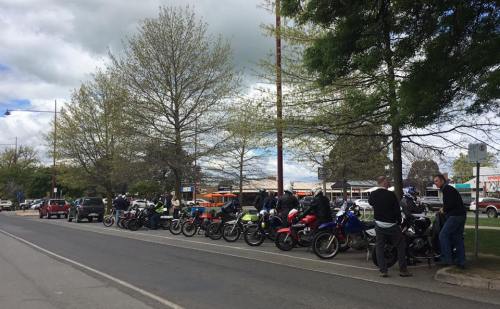 Saturday night was spaghetti for tea.  The sauce had been cooked and frozen a month or so before, and Guzzi’s Pasta sponsored the fettucini. With another big influx of hungry and thirsty ralliests, we again sold out of beer and had to send out a rescue mission for more slabs. 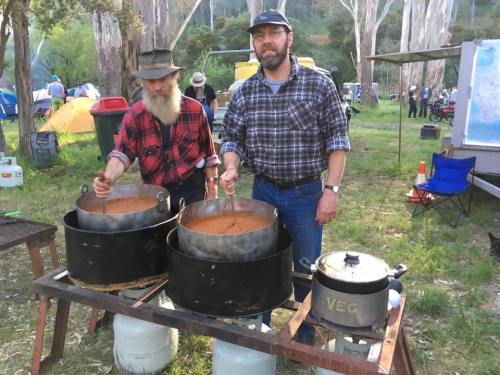 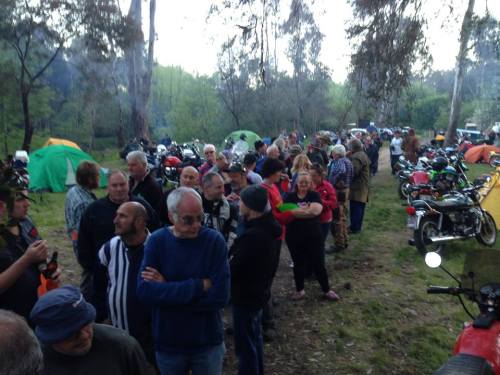 It was “all hands on deck” to keep up with the registrations, T-shirt sales and beer sales.  I had sore feet after two days of full-on work. 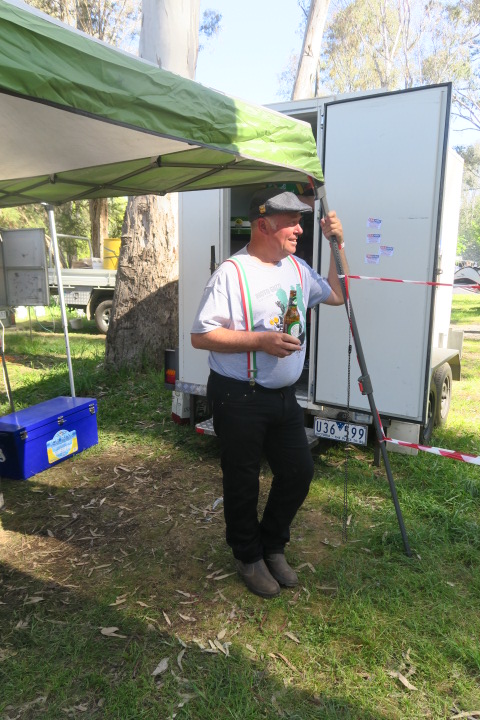