Copped 29ml of rain on Saturday, but Sunday was fine.  Did a 300+km run through Sutton Grange, up over Mt William and out through Harcourt to Mt Tarrengower at Maldon.  The rain had been heavy here, as the road up the mountain was covered in gravel and rocks.

The lookout was erected from the poppet head from the Comet mine at Bendigo.  It was dragged up the mountain by horses in the 1920s and was one of the first fire lookouts.  Triangulation is used from several lookouts to pinpoint bushfire outbreaks.   Looking around here, 30,000,000 ounces of gold were extracted, a third by immigrant alluvial gold diggers! 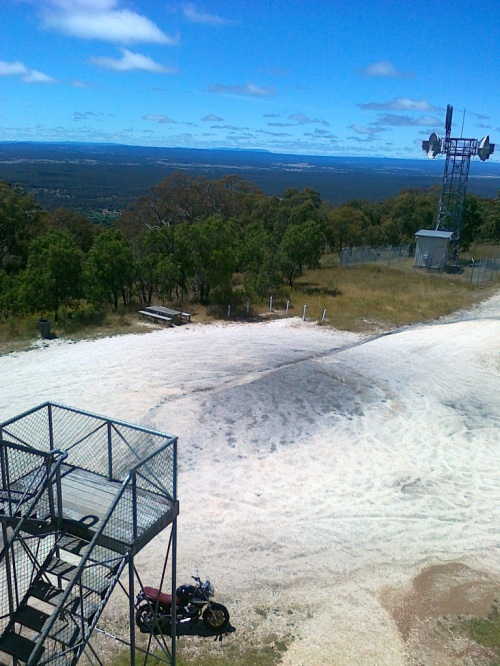 When I was last here, during the recent drought, no water was visible.  Fanged home through Newstead, Clunes and Daylesford.