Spent a few hours riding throught the Castlemaine – Yandoit area, the scene of the worlds greatest alluvial gold rush, Gold was first found in the Mount Alexander area in July 1851. By October of that year 250 diggers were looking for gold, and by December 1851, there were 20,000 searching for the shallow alluvial gold that was found along the creeks that flowed out of Mount Alexander to join the Loddon River.  Only three years later, most of the alluvial gold had been taken and the population had dropped to about 7,000, and has remained static ever since.

On the way back through Chewton I stopped at a cairn I’d seen many times before but never read: 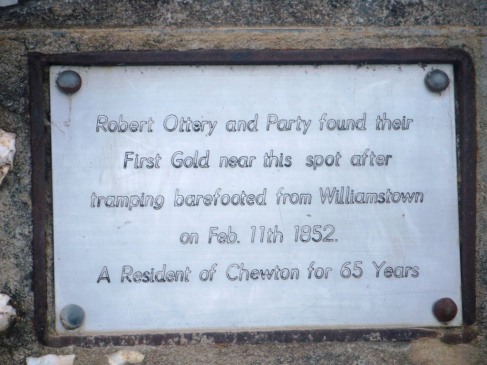 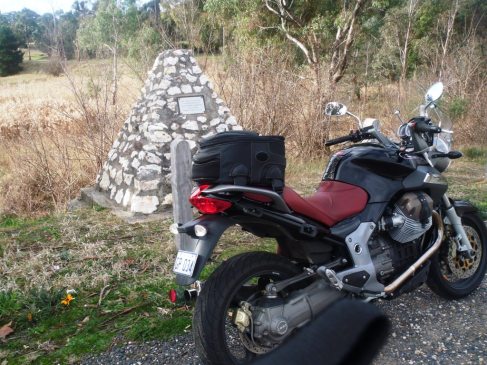 The diggings area is now an historic reserve.