I’ve been to Paradise…

I’ve always liked looking at maps; that “searching for that rainbow’s end, waiting ’round the bend” feeling.  Previously I’d spied a road, on the western side of the St Arnaud Range, that had been a touch too far to reach before and decided to do it.  According to Wikipedia, St Arnaud is named after French marshal Jacques Leroy de Saint Arnaud, commander-in-chief of the army of the East and one of quite a number of towns, streets and localities in the area named after people and places of the Crimean War.

I covered some early distance by sticking to the freeway before turning off to Newbridge and St Arnaud.  Here I joined a 30km throng of vintage and veteran bikes out for a club run – Harleys, Indians, Enfields, BSAs, Triumphs, and so on.  Lovely sounds and smells before they turned off for Dunolly and I had the road to myself.  Fueled up at St Arnaud and had an excellent “muggachino” at the bakery, just up from the roundabout. 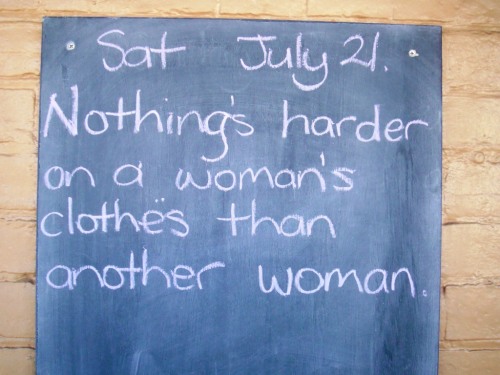 Headed out on the Wimmera Highway before taking a left turn to run down the range.

This is a very pleasant tree-lined road as it curves along the range.  The countryside was at its best – green and plenty of sheep, yum yum.  Here I came across Paradise:

I turned at Navarre and this provided an excellent run over the range through evocatively named places such as Frenchmans and Black Mares Lane.  The countryside reminded me of the times I’d walked the hills with my .22, bunny bustin’.  A few turns, and I cut across to Natte Wollock (“small plain, big water”) and Bealiba. These were roads with sweepers, good surfaces and no traffic, so I let the pony have her head – if you know what I mean – the rev limiter light flashing furiously at me a couple of times.  Nice!

Had another brew at Dunolly 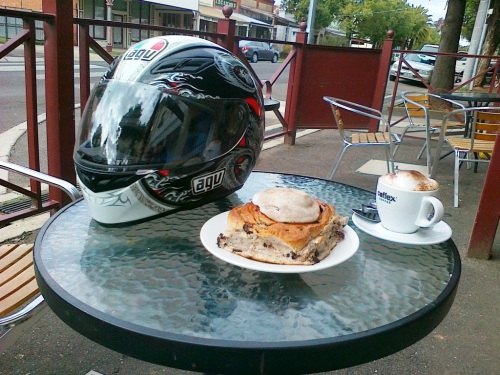