Fate is the Hunter

Cloudy but the forecast was for a sunny arvo.  Out through the forest and into Daylesford for my first brew and a warm up.  Then on to Creswick and the Addington Road, past the wind turbines and dodging galahs, errant sheep and loose cattle.

The Waubra Windfarm wasn’t working, as usual.  When it is, the coal-fired power stations have to keep burning coal, anyway.  Free wind energy being subsidised by the rest of us.

Stopped at Beaufort for another brew. 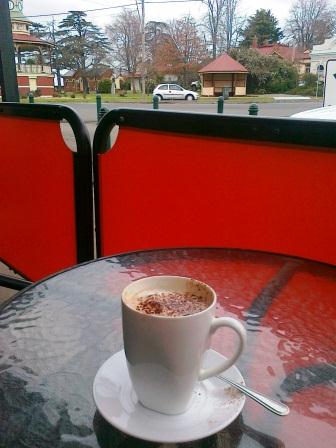 Then north to Talbot and across to Newstead via the Tullaroop Reservoir.

See this idiot!  He must have seen me coming behind him as we crossed the dam wall, but chucked a U-ee on a bend and below a crest.  Jeesus!  It was worse than it looks. 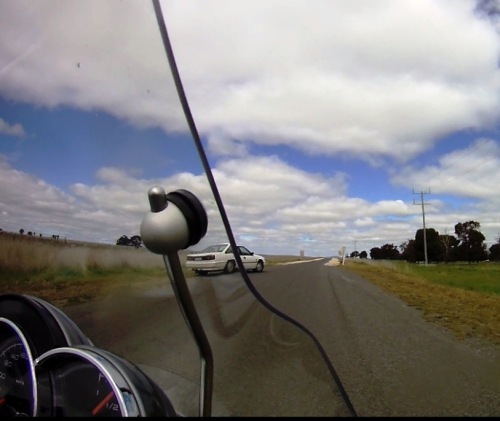 Roadworks gave me 10 kays on loose dirt – no fun on road tyres – but thems the joys of taking backroads.

Finally back on the bitumen and through the Avenue of Honour into Newstead for lunch.  There’s a lot of these avenues in Australia, commemorating those who died in the Great War.

I don’t eat much on the road, so settled for soup.

Then out through Yandoit and Franklinford to Daylesford and home.

Mt Franklin on the horizon. 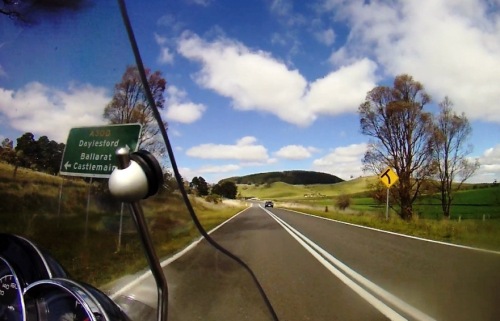 Covered 350kays.  The Breva now has over 39,000kms on the clock, so a couple more trips will see her ready for a service.  Here’s the run up the valley to Mt Franklin, near Daylesford: