When test riding my Breva 1100, Peter was unhappy with the clutch action when starting off from stationary.  There had been a recall of these early Brevas to insert a kit of washers to soak up the stress on the gearbox.  Apparently mine had missed out.  Pete needed to do some research, and a week later he rang to say he had the recall kit.  So I hit the road, again in cold conditions.

The gearbox had to come out and Mike said it was just easier to remove the whole engine.

A few hours of work and the gearbox was on the bench.  Peter and Michael split the box, it was placed in the press, and five minutes later the kit was installed.  The box was then reassembled, after some fiddling with the pawl mechanism.

In the meantime the new oil pressure sensor was installed, and the re-welded Hepco-Becker crash guards.  The clutch was in perfect condition.  Michael reassembled the bike.

A test run revealed a problem.  The idle revs were about 2400 instead of 1100 and further inspection showed that the headlight and battery charging was intermittent.  After some investigation, a 30 amp fuse blew.  Upon replacing the fuse, the bike ran like new!

Pete surmised that this had been a long-standing problem – a fuse with a fine, hairline crack – which had been causing me starting and battery issues for some years.  Disassembling the bike had brought it to the fore.  (Someone else on the Gussitech forum had had similar symptoms and it was caused by a dirty 30 amp fuse holder).

I didn’t mind spending the time and money on my 11 year-old Guzzi.  There’s no other bike on the market to replace it – it’s a big, comfortable, capable tourer – and none of the current Moto Guzzi offerings interest me.  I’ve spent nothing on her except for consumables, so she’s been a cheap bike to own. 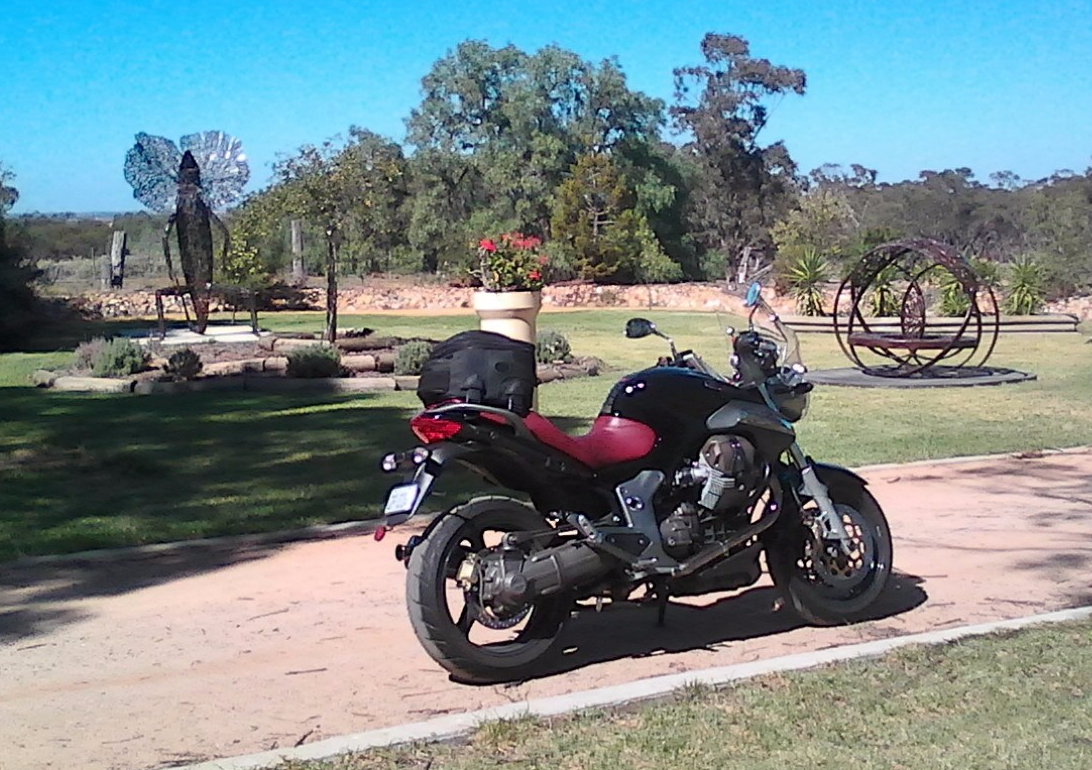 All set for another decade.

Lifting the lid on history